Sunday 23rd September will be our Harvest Thanksgiving services. All are warmly invited to join us as we remember God’s goodness to us in all that he provides.

Sunday 4.30pm  Bring-and-share tea followed by an informal time of worship together.

There will be a harvest table if you would like to bring a donation of food for the display. The majority of the food will be given to the work of Bridgend Foodbank. At the moment, they are in need of the following items:

Following up on our open day last year, we wanted to once again open the church up to our community and welcome you to a garden party on 14th July.

Maybe you have never been to church before, maybe you have wondered what Easter is all about, or perhaps this is one of the few times a year that you feel you ought to go to church, whoever you are and whatever you think of Easter, we would like you to invite you to pay us a visit this year:

You will be sure of a warm welcome and you will hear what the bible has to say about Jesus, his life, death and resurrection.

To celebrate St. David’s Day, we are again holding a special event, a Cawl lunch for the church and our community. There will be home-made Cawl, Welsh cakes and Bara Brith (maybe even some trifle!).

Due to the snow, we had to postpone our original date for this event, but am pleased to say we now have a new date:

The lunch will be free (you will be able to leave a donation if you wish to) and all are very welcome. There will be a short thought-for-the-day style talk during the time together.

Why not come along and join us?

We would love you to join us for our Christmas services again this year:

We are holding another soup lunch on Tuesday 21st November 2017 and we would love to invite you all to come. It’s not a fund-raiser or a preaching meeting (although there will be a short thought-for-the-day), but just an opportunity to be together, enjoy each other’s company and some simple food together.

We hope to see you with us! Here’s a few pictures from last time… 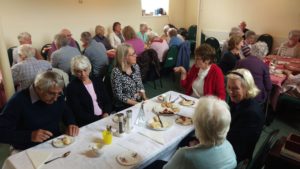 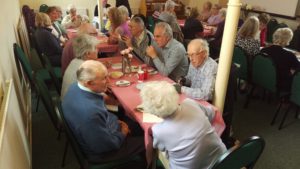 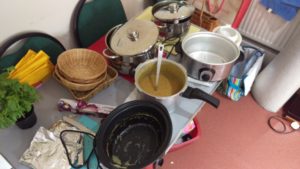 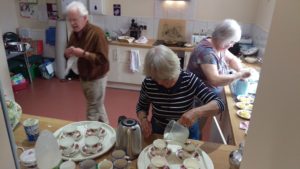 Busy in the kitchen 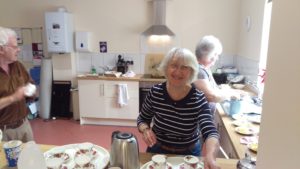 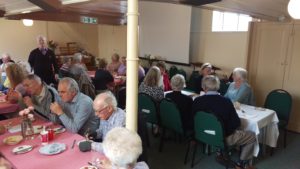 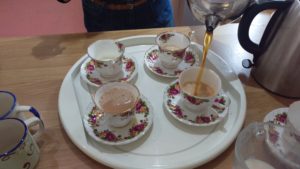 We are a friendly, Bible-believing, Christian church and we want to share with you, our local community. We would love to welcome our village and to meet our neighbours so why not come and join us for our first ever open day!

We have made a number of changes to the building over the last few years and would like to show you what we have done (some with the help of grants from BAVO).

Perhaps you have had past connections with the church. You might be new to the area or just curious. Maybe you have never been to Bethel before. Whoever you are, we would love to see you.

There will be free food and refreshments, games and activities for kids, information on the church’s history and current activities and just a friendly atmosphere to enjoy.

In the Christian message of good news, centred on Jesus Christ, we believe we have the best news in the world and would love to share that with you.
We look forward to seeing you!

Nothing but the truth

Those words are part of the question asked to a witness in court to ensure that what they are about to say to the court is true and not fiction. At Jesus’ trial, just before his crucifixion, there wasn’t a whole lot of truth around. He was sent off to his execution on the basis of false accusations from false witnesses.

But not all the witnesses of the Easter story were false. We have four eye-witness accounts in the bible and three of those gospel writers mention another eye-witness who saw the events of Easter close-up and told the truth about what he saw.

He was a soldier, a centurion in the Roman army and an expert in crucifixion. He had probably crucified many people during his career but none quite like Jesus. What made Jesus’ death so different?

For starters, what Jesus said while he was dying was different. The two other men crucified with Jesus hurled insults and cursed but Jesus prayed for forgiveness for those who had put him there.

Then there was the extraordinary darkness that came just before the time of his death accompanied by an earthquake and other strange phenomena. The temple curtain was torn down the middle from top to bottom.

Then there was the moment of his death itself. No lingering death at the mercy of the nails and the pain. When Jesus died, it was at his own command. The gospel writer Luke records that “Jesus called out with a loud voice, “Father, into your hands I commit my spirit.” When he had said this, he breathed his last.” (Luke chapter 23 verse 46).

The centurion who saw all of this, familiar as he was with the process of crucifixion, yet saw something unique in Jesus’ death. “…When the centurion, who stood there in front of Jesus, heard his cry and saw how he died, he said, “Surely this man was the Son of God!” (Mark chapter 15 verse 39).

What do you make of Jesus’ death? Well, none of us were there, but will you accept the testimony of eye-witnesses? The gospel writers, the centurion and many others witnessed this extraordinary death. They saw and believed that Jesus was the Son of God, the one sent by God to bear the punishment for our sin, the one we must believe in to know forgiveness and the promise of new life.

As Christians, we believe this is the truth of the Easter story and it is the greatest news the world has ever heard! It is a truth that we want to share with you this Easter time.

Why not join us for one of our Easter services this year and hear more of the Lord Jesus Christ, he who declared himself to be “the way, the truth and the life.”?

To celebrate St. David’s Day, we are holding a special event, a Cawl lunch for the church and our community at 12.30pm on Wed 1st March. The lunch will be free (you will be able to leave a donation if you wish to) and all are welcome. There will be a short talk on St. David and his faith during the time together.

Why not come along and join us?

We will be celebrating God’s goodness to us on Sun 17th Sept with our harvest thanksgiving services. This year we will be staying on at church after our morning service for a lunch together. All are welcome as lunch is being provided and we would love you to join us.

There will be no evening service as we are staying together following the lunch for a short informal service at around 3.00pm.

Why not join us in celebrating God’s goodness to us in all his good gifts?